Run the following AWS CLI command to wait until the table becomes ACTIVE:

The initial command creates a new table and one global secondary index with the following definition:

Let’s populate this table with a large dataset. You will use a multi-threaded version of the Python load script to simulate more writes per second to the DynamoDB table. This will create contention for provisioned capacity to simulate a surge of traffic on an under-provisioned table.

You can pause the operation by typing Ctrl+Z (Ctrl+C if you are Mac user).

Topic for discussion: Can you explain the behavior of the test? An exception named ProvisionedThroughputExceededException was returned by DynamoDB with an exception message suggesting the provisioned capacity of the GSI be increased. This is a telling error, and one that needs to be acted upon. In short, if you want 100% of the writes on the DynamoDB base table to be copied into the GSI, then the GSI should be provisioned with 100% (the same amount) of the capacity on the base table, which should be 1,000 WCU in this example. Simply put, the GSI was under-provisioned.

Review the table in the AWS Console

Let’s review the Amazon CloudWatch metrics for this test in the AWS management console for Amazon DynamoDB. We will need to see which metrics were emitted to CloudWatch during this bout of write throttling.

Open the AWS console, or switch to your browser tab with the AWS console, to view the metrics for the logfile_gsi_low table. These are found under the DynamoDB section of the AWS management console in the tables view. If you don’t see the table, remember to click the refresh button on the top right of the DynamoDB console.

The following image shows the write capacity metric for the logfile_gsi_low table. Note that the consumed writes (the blue line) were lower than the provisioned writes (red line) for the table during the test. This tells us the base table had sufficient write capacity for the surge of requests. 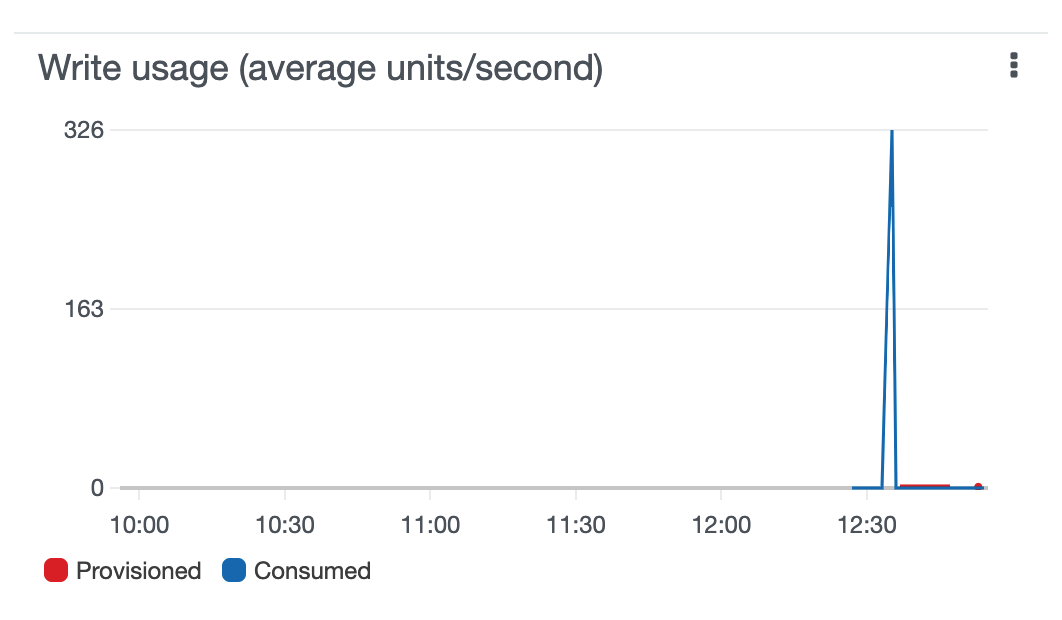 The following image shows the throttled write requests for the logfile_gsi_low table. Note that the table has throttled write requests, even though the base table was provisioned with sufficient WCUs. Each throttled API request on DynamoDB generates one datapoint for the ThrottledRequests metric. In this picture, about 20 API requests were throttled by DynamoDB. However, the table has a GSI and we do not yet know if it, or the base table was the source of the throttle. We must continue investigating. 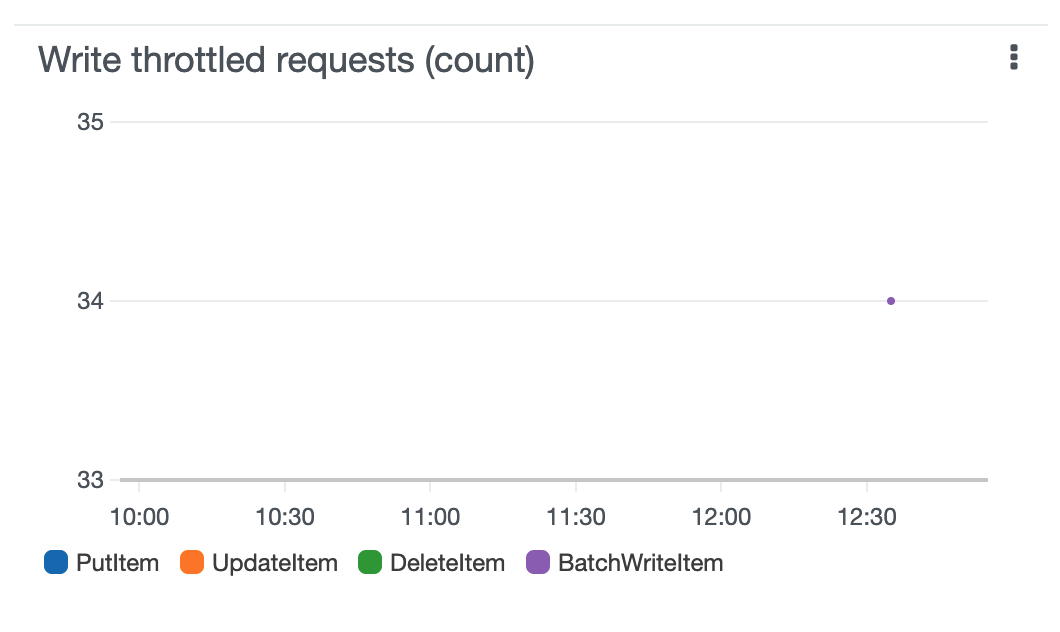 When you review the throttle events for the GSI, you will see the source of our throttles! Only the GSI has ‘Throttled write events’, which means it is the source of throttling on the table, and the cause of the throttled Batch write requests. 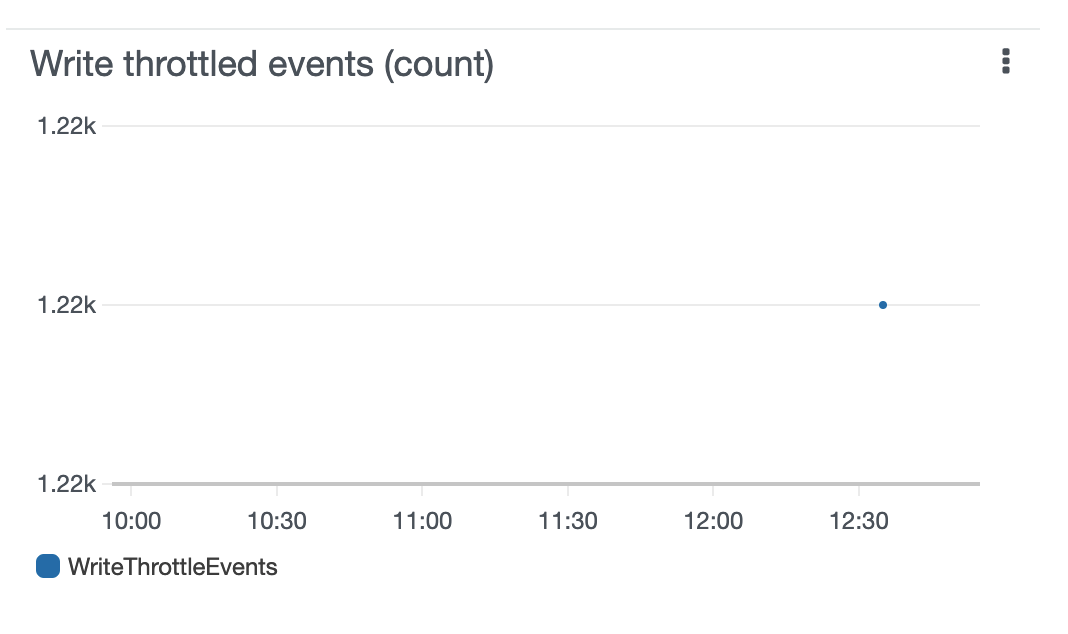 It may take some time for the write throttle events to appear on the GSI throttled write events graph. If you don’t immediately see metrics, re-run the command above to load data into DynamoDB and let it continue for several minutes so that many throttling events are created.

When a DynamoDB global secondary index’s write throttles are sufficient enough to create throttled requests, the behavior is called GSI back pressure. Throttled requests are ProvisionedThroughputExceededException errors in the AWS SDKs, generate ThrottledRequests metrics in CloudWatch, and appear as ’throttled write requests’ on the base table in the AWS console. When GSI back pressure occurs, all writes to the DynamoDB table are rejected until space in the buffer between the DynamoDB base table and GSI opens up. Regardless of whether a new row is destined for a GSI, writes for a time will be rejected on the base table until space is available - DynamoDB does not have time to determine if a row to be written will be in the GSI or not. This is a troubling situation, but it’s an unavoidable constraint from DynamoDB because the service cannot create a buffer of unlimited size between your base table and GSI; there must be a limit to the number of items waiting to be copied from the base table into a GSI. In order to be aware of this behavior early, it’s important to monitor throttled requests and events on your DynamoDB table and GSI.