In this step, you bulk-load some data into the DynamoDB you created in the preceding step. This means that in succeeding steps, you will have sample data to use.

In the scripts/directory, you will find a file called items.json. This file contains 835 example items that were randomly generated for this lab. These items include User, Game, and UserGameMapping entities. Open the file if you want to see some of the example items.

The scripts/ directory also has a file called bulk_load_table.py that reads the items in the items.json file and bulk-writes them to the DynamoDB table. Below is the content of the file:

Run the bulk_load_table.py script and load your table with data by running the following command in the terminal:

You can ensure that all your data was loaded into the table by running a Scan operation and getting the count.

This should display the following results:

You should see a Count of 835, indicating that all of your items were loaded successfully.

You can also browse the table by navigating to Services -> Database -> DynamoDB in the AWS console. 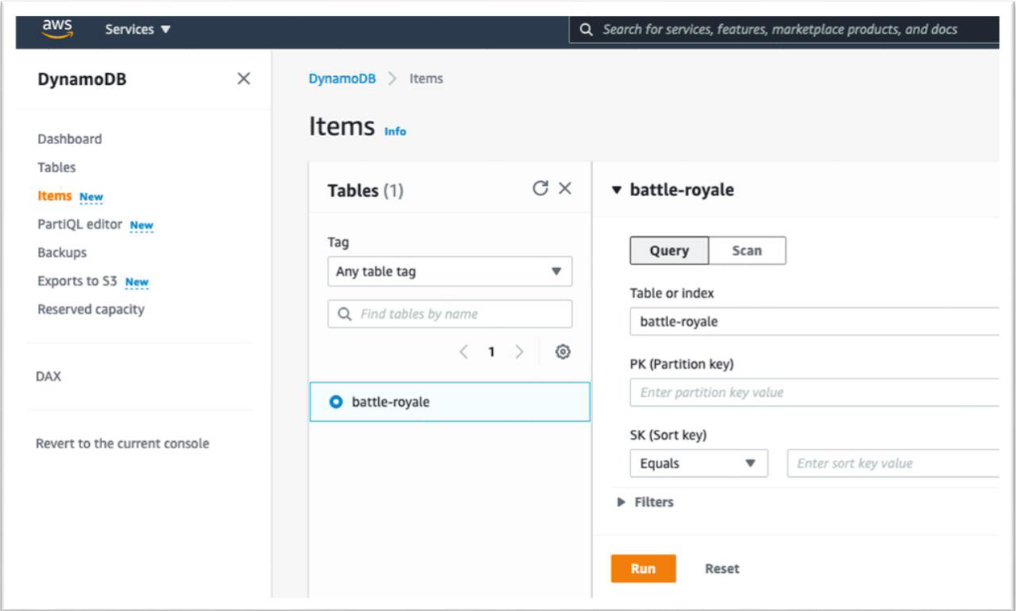 In the next step, you see how to retrieve multiple entity types in a single request, which can reduce the total network requests you make in your application and enhance application performance.